National rowing championships to be held in Welland 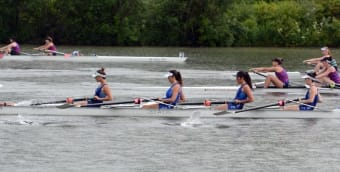 It's the first time since 2014 the event will be held outside of British Columbia and the sport's national governing body expects strong participation from central and eastern Canada.

"The City of Welland is an experienced event host and we are confident the organizing committee will deliver an outstanding national event," chief executive officer Terry Dillon.

Between 200 and 250 are expected to compete but there could be as two-thirds of the rowing community is based in Ontario.

"We'll have representatives from across Canada."

Dillon said the national championships will help competitors with their national rankings, carding and funding.

The Canada Cup portion will see athletes competing for their home provinces.

Welland, which has hosted the event in the past, was selected because of its facilities and course.

"It's a tremendous asset to the rowing community as much as it is to the community in Welland."

Dillon said there is a lot of expertise when it comes to rowing in south Niagara and he knows there will be a lot of support from the local rowing community as well as the municipality.

Welland last hosted national rowing championships in 2013 and the city has been the site of multiple RowOntario provincial championships, as well as the 2017 Canadian University Rowing Championships.

Welland Mayor Frank Campion was excited and proud the city was selected to host national rowing athletes this September.

"Welland's flat watercourses are recognized internationally as among the best in the world," said Welland Mayor Frank, who believed city staff started working on the bid last spring.

On Tuesday night, city council met behind closed doors to discuss the hosting agreement with Rowing Canada. Campion said he couldn't release any details at the time because the rowing body had to accept the deal on its end.

Campion said the city has a good working relationship with both Rowing Canada and RowOntario and wants to continue to grow that relationship as the two organizations host provincial, national and international events.

"I believe we can get more of these types of events in the future. This will make us a bit busier this year."

The city hired a development officer for the flatwater centre last week with the goal of bringing more events to the former canal.

"We need to have that person in there to go out and get these kinds of events … ones that may be several years out," the mayor said.