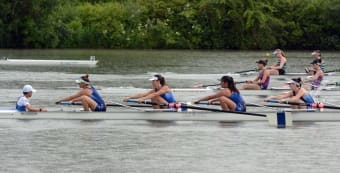 Row Ontario will take over operation of a summer racing calendar staple for masters rowers in the province when it stages the 11th annual Tony Biernacki Sr. Memorial Regatta in Welland.

The June regatta, which until now had been run by Brock University, will be held at Welland International Flatwater Centre. It honours a man who was instrumental in starting women's rowing at the university level in Ontario.

Biernacki Sr. was head rowing coach at Brock from 1965 to 1980. He has numerous awards and accolades on his resume, including a silver medal from the 1959 Pan-American Games. In 1985, he won the single, double and quad at the World Masters Regatta in Toronto.

Row Ontario executive director Andrew Backer said the organization is taking on the regatta from Brock University Rowing, which hosted the event for the past 10 years, and organizer Peter Somerwil.

"We saw it as an opportunity to keep it going … and continue the tradition of the regatta in the same place," said Backer.

"The Tony B is an important event for the Ontario rowing community and masters competitors in particular."

Last year, the event was held on Martindale Pond in St. Catharines, but every year prior it had been held at the flatwater centre in Welland.

"Whenever we have the opportunity to work with the city or other organizers, we're always excited to go to Welland. Rowing has a strong presence in the community."

Backer said both the north and south course, south of Townline Tunnel Road, are national-calibre courses and their location protects them from various weather conditions.

In addition to the Tony Biernacki Sr. Memorial Regatta, on Saturday, June 20, Row Ontario will make two more appearances in the Rose City.

Backer didn't know how many athletes would be competing in the Biernacki regatta as it is still early, but in the past it has attracted hundreds of competitors and up to two dozen rowing clubs.

This fall, Welland will host more than 200 athletes as Rowing Canada brings its 2020 National Rowing Championships and Canada Cup to the south course.